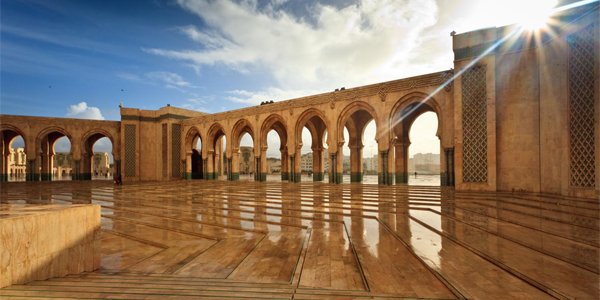 Here’s looking at you kid.
The quintessential Moroccan city, forever etched in movie history, Casablanca is the largest of the imperial cities and serves as the gateway to this fantastic country.
Immortalised as the classic colonial outpost, it is actually the business capital of Morocco – a bustling metropolis.

Casablanca has roots dating back to the 7th century, but its modern incarnation was created in the 1700’s.
It was rebuilt after a time of political unrest and named Dar Al Beida (the White House), which the Spanish eventually translated to Casablanca. The medina, or ancient quarter, is well worth a visit.
The Hassan II mosque is one of the largest in the world. It has the world’s tallest minaret, which soars 200m above the city and the whole complex can accommodate more than 100,000 worshippers. The square named after Mohammed V has some amazing examples of Mauresque architecture. You may notice the French influence in the civic buildings and public parks.
To top off a tour of Casablanca, a stroll along the Ain Diab seaside is simply beautiful.

The Imperial Cities Tour begins in Casablanca with a tour of the colorful economic capital of Morocco.
View some of the best-preserved Roman architecture in Rabat and Volubilis. Enjoy Fez, the religious capital of Morocco before reaching the ‘Red City’ of Marrakech. Walk through the colorful streets of the old quarter of Marrakech before returning back to Casablanca.

This tour can be by a regular scheduled coach tour, by a private car tour with English speaking driver and local guides, or self – drive in a rental car.

Saturday  Casablanca
Arrive at Casablanca Mohamed V Airport. You will have a brief review of the tour during your transfer to the hotel.

Sunday  Casablanca to Rabat (B,D)
Visit the economic capital of Morocco, the central market, the Habous district, the Royal Palace, the Mohamed V square, the residential area of Anfa and the exterior of the Hassan II Mosque. Enjoy a fish lunch (optional) at a local seafront restaurant. Continue on to Rabat for a city tour: The Royal Palace, the Oudaya Kasbah, The Mohamed V Mausoleum and the Hassan Tower.

Monday  Rabat – Moulay Idriss – Volubilis – Meknès – Fèz (B,D)
Depart to Meknes and visit of the Ismailian capital famous for its 40 km long walls, visit Bab Mansour, Bab El Khamiss, the Royal stables and the Jewish quarter. After free time for lunch continue on to the holy city of Moulay Idriss, via the ruins of the Roman city of Volubilis, before continuing on to Fez.

Tuesday  Fèz (B,D)
The whole day is devoted to the city-sightseeing of Fez. The religious capital of Morocco includes medieval Medina with its Attarine and Bou Anania Medersas, the Nejjarine fountain, Moulay Idriss mausoleum and Karaouine Mosque. Free lunch in the Medina.
In the afternoon visit Fez Jdid. Exploration of Mérinides tombs where you get a panoramic view of the city and its ramparts. The day will end with a visit to the potter’s complex potters and the ramparts.

Wednesday  Fès to Beni-Mellal and Marrakech (B,D)
Breakfast at the hotel, then, depart to Marrakech passing by the Berber villages of Immouzer du Kandar and Ifrane. Enjoy a relaxing lunch (optional) in Beni-Mellal one of the agricultural centres of Morocco. Arrive in Marrakech known as the ‘Red City’ in the late afternoon. 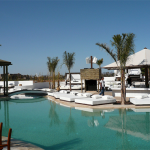 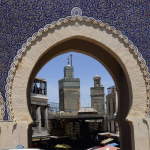