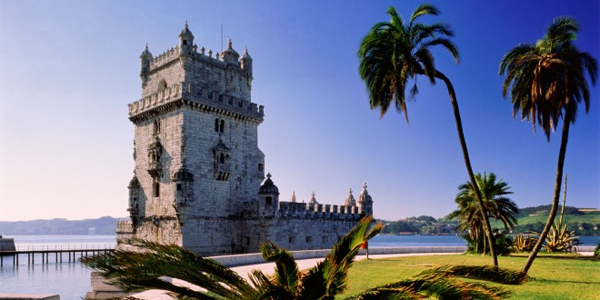 Lisbon is endearing and unpretentious, perched on the banks of the Rio Tejo. Extensive rebuilding following 1755’s very destructive earthquake has created an impressive layout and interesting architectural mix.
Established as the Portuguese capital in 1147, Lisbon has a distinct character. It is a gorgeous combination of intriguing museums and boisterous modern nightlife, of brooding castles and lively African rhythms.
Just north of Lisbon, the coastal towns of Sintra, Estoril and Cascais are the perfect complement to city life. Whether you choose to make the very pleasant trip to take in the cultural and historic sites, or to enjoy the excellent array of water sports and outdoor activities, it is well worth the trip.

LISBON
Half day / morning or afternoon
A drive down liberty Avenue to Rossio, the very heart of the city, and then up the hill for a stop at St. George Castle to have a glimpse over the old quarters, the oldest and most picturesque being Alfama (stop for a wine tasting in an handicraft store). Then a drive along the Riverside to admire Black Horse Square. crossing the Bridge over the Tagus with stops at Belém Tower and at Monument to the Discoveries. Next a visit to Jerónimos Monastery church, a marvel of stone lacework and to the Coach Museum with the world’s largest collection (both closed on Mondays, replaced by Ajuda Palace or Estufa Fria greenhouse).

SINTRA
Half day / afternoon
Visit one of the most beautiful regions of Portugal. We start from Lisbon towards Sintra where you have free time to enjoy one of the most beautiful villages of Portugal, with its royal palace, its craft shops and the most famous pastry shop “The Piriquita”, where you will taste one of traditional pastry (queijada or travesseiro) and a soft drink. Then we departure towards Cabo da Roca (the most western point of Europe) and continue along the coast, passing the famous Guincho beach, reaching Cascais where highlights “Boca do Inferno” and the magnificent panorama of the Bay of Cascais and its coast. On return, pass through Estoril where stands the famous Casino do Estoril.

FATIMA
Full day incl. lunch
We depart first to encounter Óbidos and meet its medieval walls, rustic white houses and the rich and varied local traditions of the town. We then leave Óbidos for Alcobaça to take in the imposing monastery church (UNESCO world heritage), the first Gothic church to be built in Portugal and home to the tombs of the ill-starred lovers D. Pedro and D. Inês de Castro. We then head onto the picturesque and colourful fishing town of Nazaré for lunch. There’s also the chance to find out something about the legends and traditions of this town. When possible, we go to Sítio, to marvel at its wonderful views out over Nazaré and its beaches. We then move onto Batalha to visit the monastery church (also UNESCO world heritage), a Gothic masterpiece with the most finely worked stained-glass windows. Finally, we reach the Our Lady of Fátima Sanctuary, an altar of the Christian faith and site of world pilgrimage. There is also the Chapel of Apparitions with its portrayal of Our Lady of Fátima. Take the time also for the location of the Basilica with the tombs of the three witnesses, and the Church of the Holy Trinity, the fourth largest in the world by capacity. You have some some free time to attend mass. Travelling through this colourful agricultural region, we return to Lisbon.

LISBON BY NIGHT
Evening Tour incl. dinner & show
Pick-up from Hotel and begin the tour in the centre – Marquês de Pombal, Av. Da Liberdade, Rossio e Terreiro do Paço. We will have a panoramic view of the Discovery Monuments – Padrão dos Descobrimentos Torre de Belém, Mosteiro dos Jerónimos. View of the Lisbon Bridge and the Cristo Rei. Finally to a typical restaurant with the show “Fado and Folklore”.
Fado (meaning “destiny or fate”) is a music genre which can be traced to the 1820s in Portugal, but probably with much earlier origins. The songs tell of love gone wrong – similar to the style made famous by Edit Piaf in Paris. 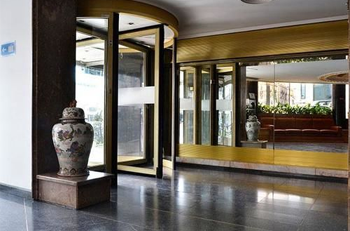 Located in the centre of Lisbon, close to Marquês de Pombal Square, just a few steps from the Eduardo VII Park, and close to 3 Metro Stations.
Hotel Eduardo VII, one of the finest in its class, offers 137 rooms all equipped with ais conditioning, mini-bar, direct dial telephone, hair dryer, TV Satelite, individual safe. In the 10th floor our “Varanda” Restaurant offers a magnificent view, were our Guests can taste the best of Portuguese Specialities. ” Lanterna “Bar is in the same floor.

Recently extended and renovated, the Hotel Fénix Lisboa is located in the noble Praça Marquês de Pombal, the focal point for the most important things happening in the city in terms of leisure, business, culture and shopping.
Only 6 km from Lisbon International Airport, the hotel not only has the public transport network at its door, but also the city’s most important park, Parque Eduardo VII, and a few yards away, the famous Avenida da Liberdade and no less famous Rossio, Praça dos Restauradores, Praça do Comércio and the Tagus River.
Its new décor, dominated by Portuguese marble and oak, creates a timeless and welcoming atmosphere.
With free internet in all the hotel and a great diversity of rooms and proposals for all your needs and tastes, a wide range of services and facilities where nothing is left unattended, so that you can feel at home in Lisbon. 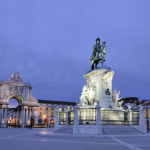 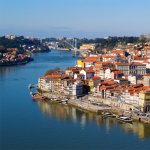