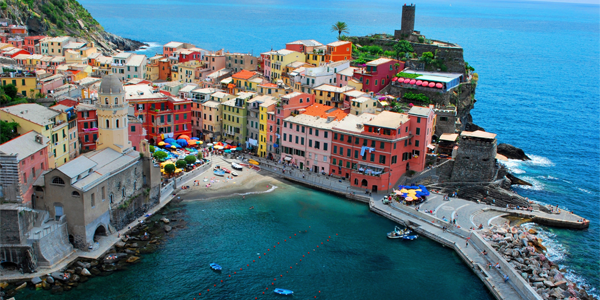 The five little villages of the “Cinque Terre” are visually simply stunning. Laboriously carved out of rock and earth, their buildings are built in incredible terraces, one above the other, hanging on to the cliffs or nestling below them.
Steeped in fairytale atmosphere, the fishing villages of MONTEROSSO AL MARE, VERNAZZA, CORNIGLIA, MANAROLA and RIOMAGGIORE have been known as the “Cinque Terre” or “Five Lands” since medieval times and are linked together by an intricate coastal walking path (sports shoes OK, tramping boots are better).

Until relatively recently they could only be reached by sea or foot and even now that they are more accessible (regional train from Genoa or La Spezia – departure every 30 minutes or so), they still retain much of their charm and unique character. Their houses are coloured in weathered pastels and ochre set amidst silver olive trees. Blessed with a fine mild climate, the almost vertical vineyards produce the region’s finest most fragrant wines.
The first of the five villages, MONTEROSSO AL MARE is the largest and the most accessible of them all and has several hotels and many fine restaurants. Originally a Roman colony, one legend has it that it takes its name from the first lord of its castle, Rufus – Marquis of Obertenghi who had thick red hair.
Perhaps, and more romantically, it is named after the sunset hues which turn the mountains from a gentle rose to a rich red each evening. The original village first made an appearance in the public records in 1056 when it donated land for a monastery, but it was actually first formed in the foot hills in 641 by mountain folk escaping an invasion by the Rotaris.
Today most modern amenities are in the new quarter, Fegina which is separated from the old quarter by a hill crowned with the 1622 Convento dei Cappuccini and a medieval tower. At the 18th century Sanctuary of Soviore a music festival is hosted each summer. At the water’s edge, there are pleasant beaches and boats bob hypnotically ready for hire to those who want a personal tour of this wonderful coast.
From Monterosso the other “Cinque Terre” towns are within easy reach. Vernazza is nearest – a short train ride or a lovely hour-and-a-half walk away. Corniglia is the hardest to reach as it, unlike all the others is high on the cliffs rather than by the sea. The scenery en route to Manarola is stunning and from there, it is a 20-minute walk to Riomaggiore – the last, and probably the prettiest, of the five villages. 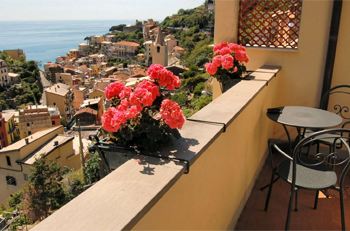 Hotel Villa Argentina dominates the antique village of Riomaggiore; a village in the protected area of the National Park of the “Cinque Terre”. The hotel rests on one of the pronounced slopes of the well exposed terraced vineyard stone walls. The small quaint hotel has most its rooms with view of the sea and a small sunny terrace, all of which include private WC with shower, satellite TV, safe and ceiling fans. The hotel is in the perfect position to begin some beautiful walks (Via dell’Amore) which unite the towns in the midst of mother nature’s untainted scenery.
Hotel Villa Argentina has access to several apartments in Riomaggiore. They vary in size, décor and locations. These are the villagers’ own apartments, accordingly your experience will be very different to that of staying in a hotel. 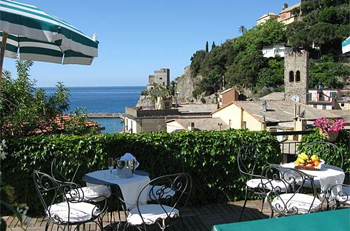 Via Zuecca, 6
We are located in the historical centre of Monterosso, close to the main town square, a short distance from the sea, small harbour and the footpaths which connect Monterosso to the other towns of the Cinque Terre.
All of our cosy rooms have marble bathroom (either white or colure), telephone, satellite TV, safe, hairdryer, refrigerator and air conditioning.
Some rooms also have charming private terraces 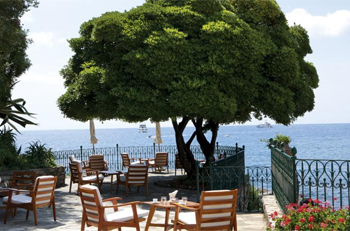 Via Roma, 72
The Hotel Margherita is located in beautiful Monterosso Al Mare, which is the largest of the five villages. The hotel is located 200 meters from the water’s edge, in a beautifully restored building in the centre of town. This hotel is one of the most modern facilities in Monterosso and is superbly maintained.
The hotel features furnishings with clean lines, and off-white walls that are trimmed with subtle pastels. The hotel rooms are very spacious and the bathrooms are much larger than most in the hotels of the Cinque Terre.
Each room is equipped with all comforts: air-conditioning; 20″ satellite television; refrigerator bar; safe; and have spacious bathrooms. 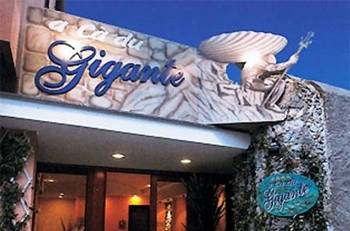 VVia IV Novembre 9/11
Facing the Ligurian Sea, this accommodation is set in the centre of the Cinque Terre area. The property, which features air-conditioned rooms, is within a walking distance of the beach. Locanda A Cà Du Gigante features colourful rooms with marble floors. All of them are provided with a bathroom with shower, and satellite TV. The nearest beach is “Il Gigante,” named like this after the unique sculpture of a giant. It is only 50 metres away and the property provides free towels for the beach. Breakfast is served either in the breakfast room or in the outside garden. The Monterosso Train Station is only 400 metres away. 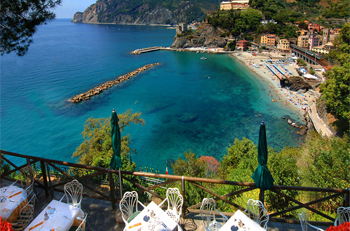 Hotel Porto Roca is located 200m from the historic town of Monterosso, a paradise of incomparable beauty. With its crystal clear waters, steep cliffs that drop directly into the sea and luxurious uncontaminated Mediterranean vegetation, it is considered the pearl of “Cinque Terre” (Five Lands).
The extraordinary position of Hotel Porto Roca between land and sky on the Mediterranean Sea offers guest a relaxing oasis far from noise and stress of everyday modern life. During the warm months guests may enjoy their meals or just relax in the flowered garden that overlooks the port and the beach of Monterosso. In the spacious and panoramic restaurant professional chefs prepare exquisite menus featuring traditional and typical local dishes (that include fish caught in the sea right under the hotel) that are accompanied by the best Italian wines. On the beach below the hotel, guests will find lounge chairs and sun umbrellas reserved solely for them. 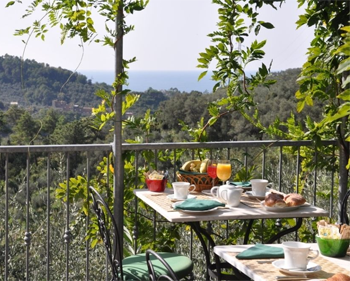 Loc. Gallona
Situated above Levanto, the door to the Cinque Terre, Al Terra di Mare is an eco-friendly and solar-powered property built in the style of a Ligurian hamlet, surrounded by vineyards and olive-trees. Rooms offer free Wi-Fi and air conditioning.
Instead of corridors, there are narrow streets, which lead to a bar area called La Piazzetta. The outdoor swimming pool is open during summer, and drinks and ice cream are available at the poolside.
Breakfast is a varied buffet of fresh local food, and it is served on the communal terrace overlooking the sea.
Some rooms offer panoramic views of the valley, and some of the sea. Some rooms have a private balcony or terrace.
Hotel Al Terra Di Mare is 1.5 km from Levanto centre and the train station, and 2 km from the Ligurian sea. The property offers free parking, and can provide a shuttle service to the beach, the centre and the station. 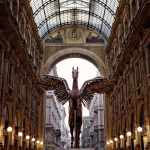 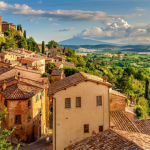